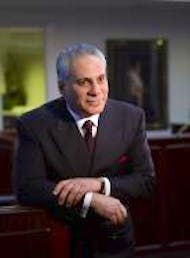 Over the past seven years, the DiGeronimo Companies have been fortunate to be able to team up with C.J. Betters Enterprises / Bet-Tech Construction Company on a variety of demolition and abatement projects. From our initial project for the demolition of a large tin mill in Aliquippa, PA, to our currently ongoing abatement and demolition project in Lorain, Ohio, we have worked together in Aliquippa, Beaver Falls, Butler and Somerset, Pennsylvania, and Springfield, Akron, Toronto, and Lorain, Ohio. Even though these projects are often difficult with aggressive schedules and complex work scopes, this relationship has quickly become a mainstay of our business that is mutually beneficial.

Our current abatement and demolition projects at the Mad River (Springfield, OH) and Edgewater (Lorain, OH) Power Stations owned by First Energy are no exception. Similar to the Akron Gorge and Toronto Power Station abatement and demolition projects completed last year, Precision Environmental and Independence Excavating have again teamed up with Bet-Tech Construction Company for all the environmental, demolition and salvage work associated with the complete removal of both of these decommissioned, coal-fired plants owned by First Energy.

Beginning in April of this year, Precision Environmental has already completed the abatement and residual waste removal work at the Mad River plant, and Independence Excavating is currently in full swing performing the building structural demolition and scrap generation phases of the project. The 90' tall Boiler House building included three boilers, steam turbines, condensers, electrical gear and large amounts of smaller supporting equipment that had to be cleaned, abated, demolished and hauled offsite. Essentially, the complete removal of a heavy-duty steel frame building with brick infills was the bulk of the work. In addition to the main building, there is also a large concrete exhaust stack (approx. 250' tall), coal conveyor systems, a portion of the existing switchyard and several smaller outbuildings that have either already been removed or soon will be under our existing contract. Once all the demolition work is complete, the site will be backfilled, graded and seeded by November of this year to provide a clean, open site back to First Energy for potential future re-use.

While still working at the Mad River Plant, Precision Environmental and Independence Excavating also began a similar "and larger" scope of work at the Edgewater plant in June of this year. Abatement and residual waste removal work is currently ongoing and is expected to be completed in November. Independence Excavating has started demolition of the outlying buildings including the coal conveyor systems, transfer towers, crusher building, a brick exhaust stack and a long list of smaller structures. Once abatement, equipment relocation and salvage work has progressed enough to allow demolition on the main Boiler House to begin safely, Independence Excavating will ramp up to start removing the entire building that includes seven boilers and three turbines with their associated condensers, electrical gear and support equipment. Located on the edge of Lake Erie, this project is approximately twice the size of the Mad River project, and work is expected to be ongoing all the way until June of next year. As with the Mad River site, once all demolition and removal work is completed, the existing Boiler House basement will be backfilled and the site graded off and seeded to provide a clean, open site back to First Energy.

We're looking forward to completing these large, ongoing projects safely, on time, and on budget to the combined advantage of the DiGeronimo Companies and C.J. Betters Enterprises / Bet-Tech Construction Company. With several more projects already looming on the horizon, we are looking forward to continuing to work together and, ironically, keep "building" on this relationship forged out of demolition! Last, but definitely not least, a special thanks goes out to Chuck Betters, Sr., Chuck Betters Jr. and Mike Moidel for all their efforts to forge such a great relationship with the DiGeronimo family that will hopefully continue to result in many more mutually beneficial projects in the future!