Several months ago, DiGeronimo Companies launched an Employee Volunteer Program where employees can connect with coworkers outside the workplace by serving those in need. An email was sent to explain our mission and encourage team members to get involved. From there, a committee was formed to help get the program off the ground. We took a survey to find what areas we wanted to touch and to date we've participated in several area events.  Thank you to those who have volunteered their time to help others in need.

On Saturday, April 21, 2018, we participated in our first DiGCo Digs Deep project and served the elderly by performing spring yard clean-up in the City of Cleveland. We wanted to make an impact on our community by helping those that would not have received the help they needed. Several team members decided to give back and participated in weeding, mulching, raking, mowing and more. The eight residents were very grateful and pleased with the end result.

“A note of thanks to the DiGeronimo Team for your Senior Service Day! We are still smiling here at the Department thinking about how grateful the senior homeowners were.” 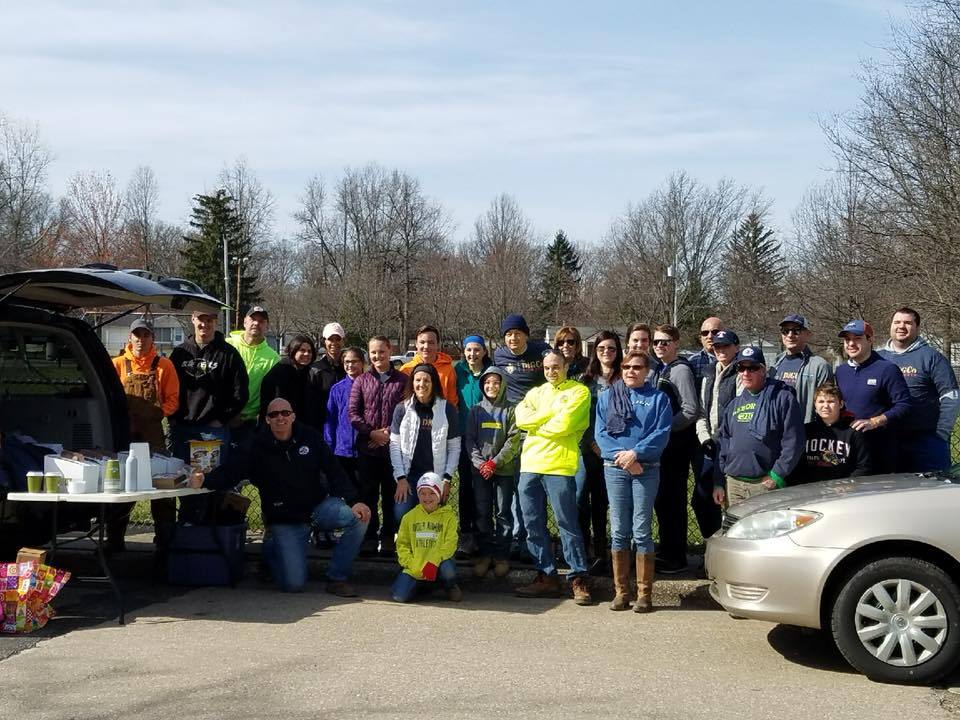 On Saturday, May 12, 2018 we teamed with Canalway Partners and worked hard cleaning up the area near Canal Basin Park. Several employees, their families and friends picked up trash and debris, and removed hazardous items. We also had a tough crew working with the chipper to remove overgrowth.

This year, 700 volunteers removed over 32,265 tons of trash, including 273 tires and went through 40 gallons of paint to cover up graffiti! Over the course of 29 years, Canalway Partners has recruited 19,108 volunteers who have helped extract and recycle 24,317 illegally discarded tires and picked up for disposal 655 tons of trash.

We were happy to help in this awesome community effort! 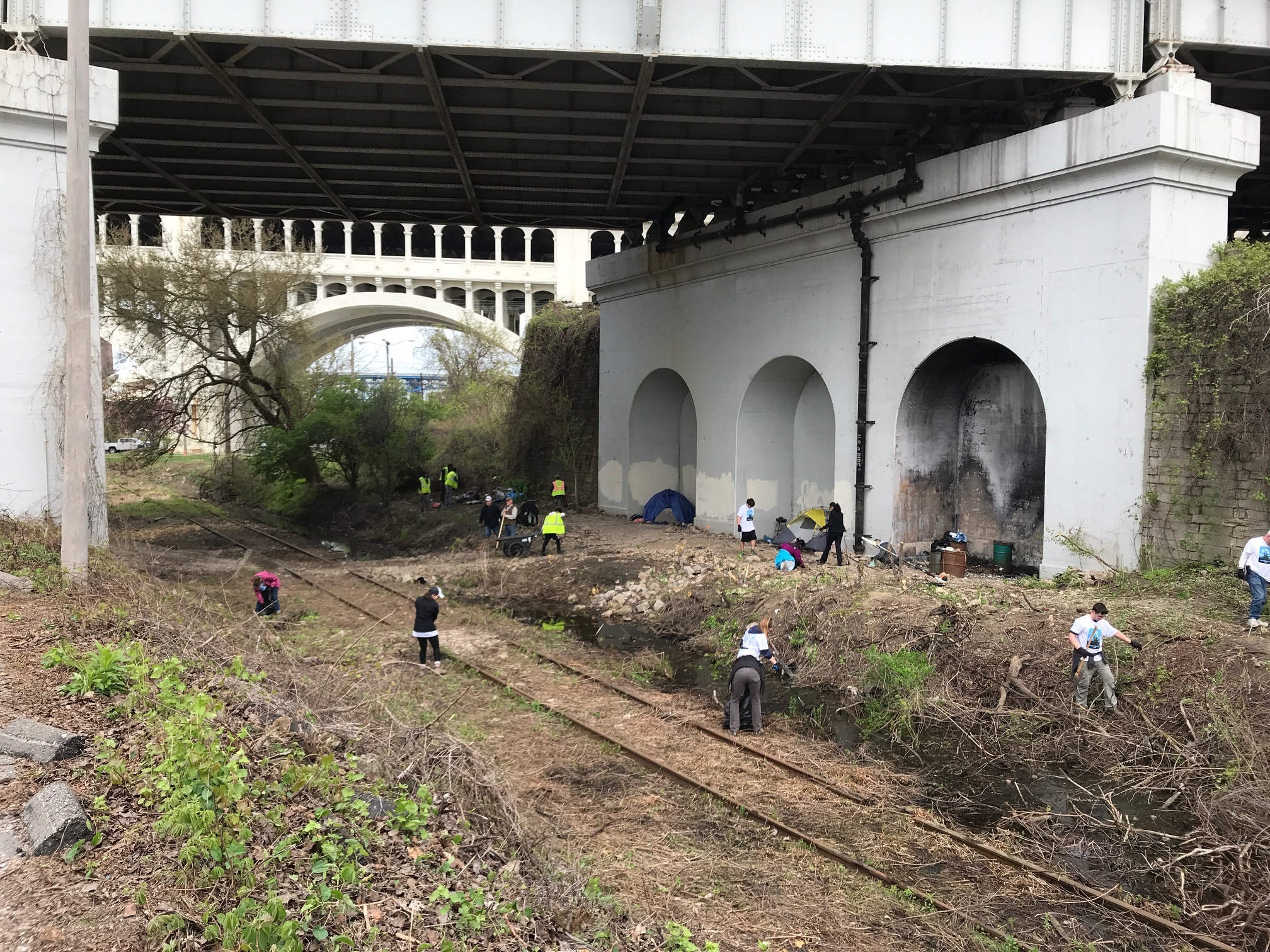 "Foreman for a Day"

Growing up, most young boys dream of driving a dump truck, operating an excavator and everything in between. Jack hoped to operate heavy equipment on a construction site one day. On Friday, June 8, Jack’s wish to work in construction came true through the help of A Special Wish CLE and Independence Excavating.

Jack and his younger brother, Ben became “Foremen for the Day” at Independence Excavating. They arrived mid-morning at the Independence Excavating Heavy Shop, where their machines and equipment are prepared for job sites. Jack and Ben were greeted by some of the Independence Excavating team. Just like a foreman, they were presented with an Independence Excavating t-shirt, vest and construction boots to prepare for the big day ahead of them. Then, they were given a tour, which had different pieces of equipment and machines to climb in.  After the tour, Jack and Ben headed just up the hill to their main office. There, they were greeted by more team members and given a little history about the company. After that, they were off to work! They worked on a digitize machine to create their very own blueprints with one of the engineers. Jack and Ben had to break for lunch before heading out to the job.  While they ate, they enjoyed watching video footage of past demolition jobs. They liked seeing the buildings fall over. They then headed off to the Cleveland Hopkins Airport job with a Project Manager.  When they arrived they were presented with hard hats and safety glasses. Jack and Ben were officially ready to report for duty!

After their job was complete, Jack and Ben headed to the ARFF Facility. They received a warm welcome and a Mayor’s Proclamation. They went on a tour of the Cleveland Firehouse and were given an airport escort to their next stop, a United Airlines aircraft. The boys got to get into the cockpit and make announcements over the intercom! 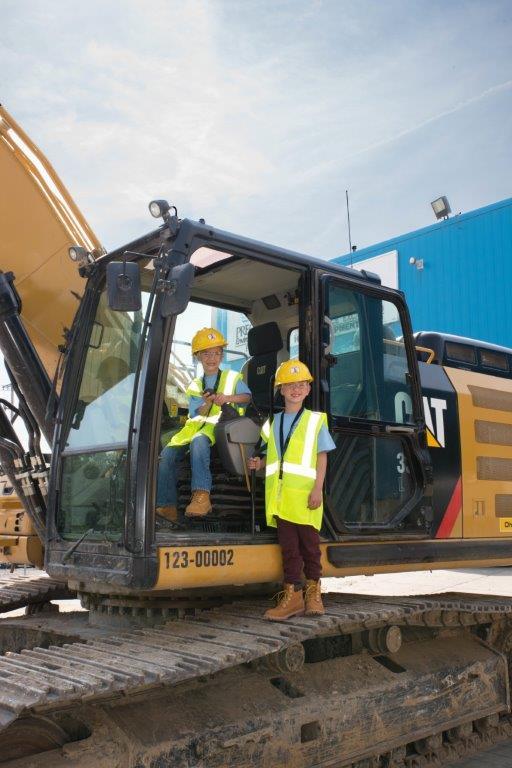 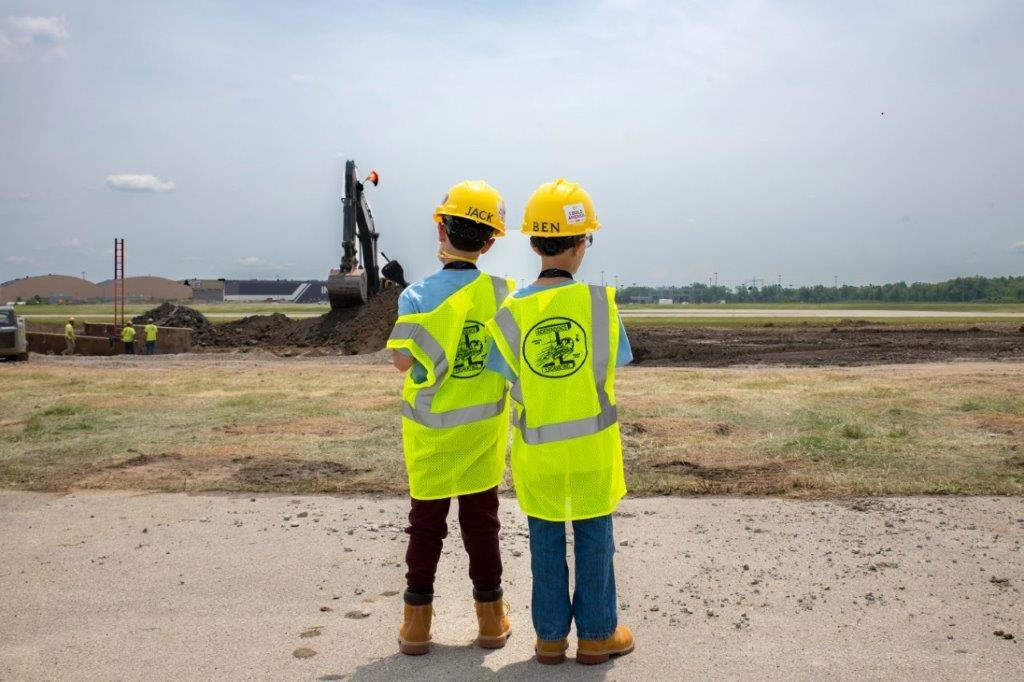 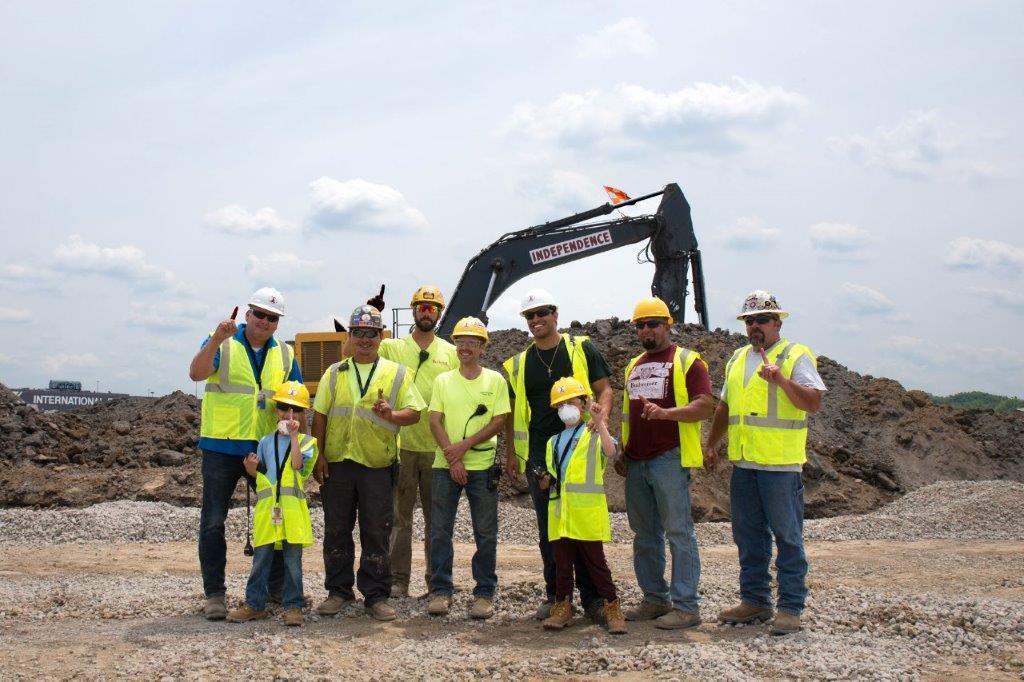